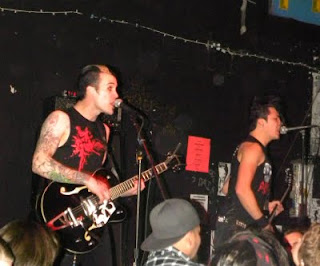 Combine those musical influences with a taste for horror fiction and movies, as well as personal interests in history, psychology, astronomy, and world religions, and life experiences of betrayal, love, loss, and death, and you get … well … not anything you can easily slap a label on, but rather a culmination that can only be called Stellar Corpses.

READ THE REST OF THE REVIEW HERE AT MY EXAMINER SITE
Posted by Kim Kattari at 8:06 AM